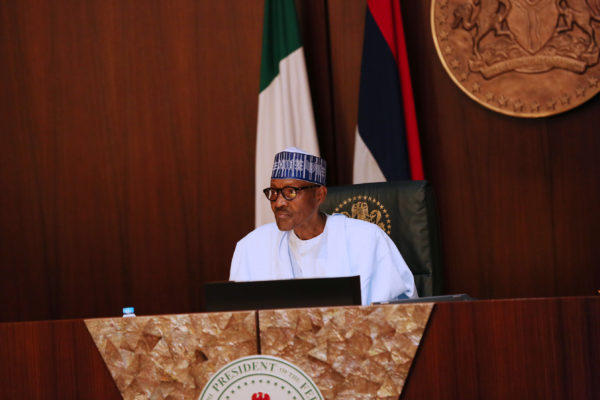 President Muhammadu Buhari’s renewed commitment to the diversification of the Nigerian economy through the mining and solid minerals sub sector has saved the sector from total collapse, Minister of Mines and Steel development, Hon. Abubakar Bawa Bwari revealed yesterday.

Hon Bwari told a visiting team of bitumen investors from the United Kingdom, led by the Chief Executive Officer (CEO) of the Lakel Group, Dr. Lawrence Ajayi, that since the seventies no government has shown such vigour and devotion to development of the metals and mineral sector like the present administration.

According to him, before the coming of the present administration, the mining sector had collapsed due to neglect. “Although the potentials in the sector were enormous, poor funding and lack of exploration left the sector comatose,” he told the visitors.

Hon Bwari said the present government’s emphasis on economy diversification through the solid minerals industry is an effort aimed to end over reliance on oil and gas. He noted that the move has changed the perception of most investors about Nigeria’s credentials as a mining nation.

He said in the last three years the government has tackled a number of legacy issues that stifled the growth of mining and now the interest in the Nigerian mining landscape has grown tremendously as a result.

The minister said for any investor wishing to cash in on the resurgence of activities in the sector, the time to do so is now considering the mouth watering incentives available to serious players.

He praised the team of investors from Lakel Group for their technical expertise as demonstrated in their presentation assuring them of the ministry’s complete support. He then advised them to avail themselves of the appreciable amount of data available in the Nigeria Geological Survey Agency (NGSA) which has done some exploratory work on the area of their interests.

Dr Ajayi said the Lakel Group was inspired to invest in the Nigerian Mining sector as a result of the great work the present administration was doing towards putting Nigeria on the mining map.

He assured the ministry that his company will be mindful of laws and regulations pertaining to mining and would do everything to protect the environment and the people.