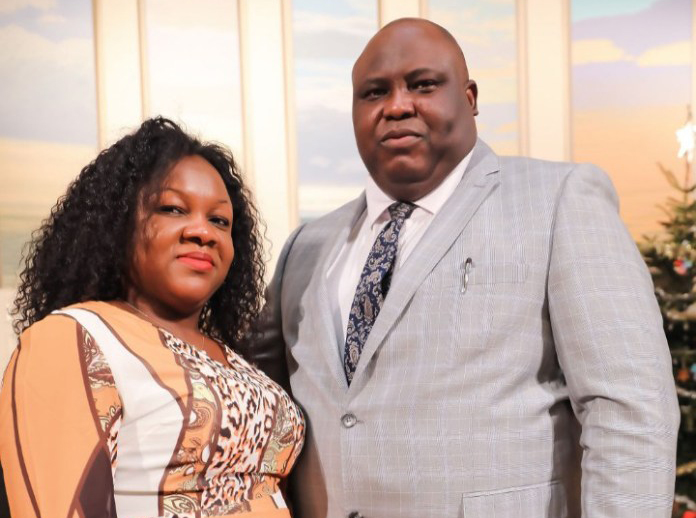 The President and Senior Pastor of Christ Foundation International Church of God (aka Immanuel Foundation Worldwide), Dr Lawrence Ajayi on Friday asked believers to exhibit love as Christian faithfuls observes the resurrection of the Lord Jesus with Easter celebration.
Pastor Ajayi who stated  this in his Easter message to Christains across the world on this year’s Easter Celebrations also gave details of his new gospel album titled: ‘Jesus Christ’ released and commissioned in the United Kingdom.
According to the clergyman, 2020 Easter should be seen as a season to extend the love that Christ Jesus shown the mankind to one-another considering the CoronaVirus pandemic presently ravaging the world.
Pastor Ajayi stressed that all the songs in the 12-tracks inspirational album came from the “Holy Spirit and it will make any listener feel the presence of God more than before, as it is an open revelation that is beyond human understanding.” “From January to December 2019, my most prayer point was to know more of Jesus Christ and the Kingdom of God and His Righteousness Matt 6:33, and on the 25th of December 2019, Jesus Christ appeared to my humble self around early morning and He was preparing and welcoming people as they rapture and He looked at me, behold, I was full of joy that I was among”, he said
The President and Senior Pastor of Christ Foundation International Church of God added “the music inspiration comes from Holy Spirit, since Jesus Christ visited my humble self whenever I am praying in tongues (heavenly language) ever since I rededicated my life to GOD as the Bible says in Psalm 126 King James Version (KJV) 1 When the Lord turned again the captivity of Zion, we were like them that dream”.
Pastor Ajayi stressed , “then was our mouth filled with laughter, and our tongue with singing: then said they among the heathen, The Lord hath done great things for them. The Lord hath done great things for us; whereof we are glad”.
Apart from producer and writer of  spiritual songs, Dr Lawrence Ajayi is also a writer and publisher of the following books: Divine Revelation And Open Doors, The Empowerment Of God And  Wealth Transfer During Recession, The Covenant & The Promises of God. He holds a Bachelors degree in Petroleum Engineering from University of Port Harcourt and also attended London South Bank University and he studied Business Administration (MBA), and PhD in Administration and Ministry (Theology)