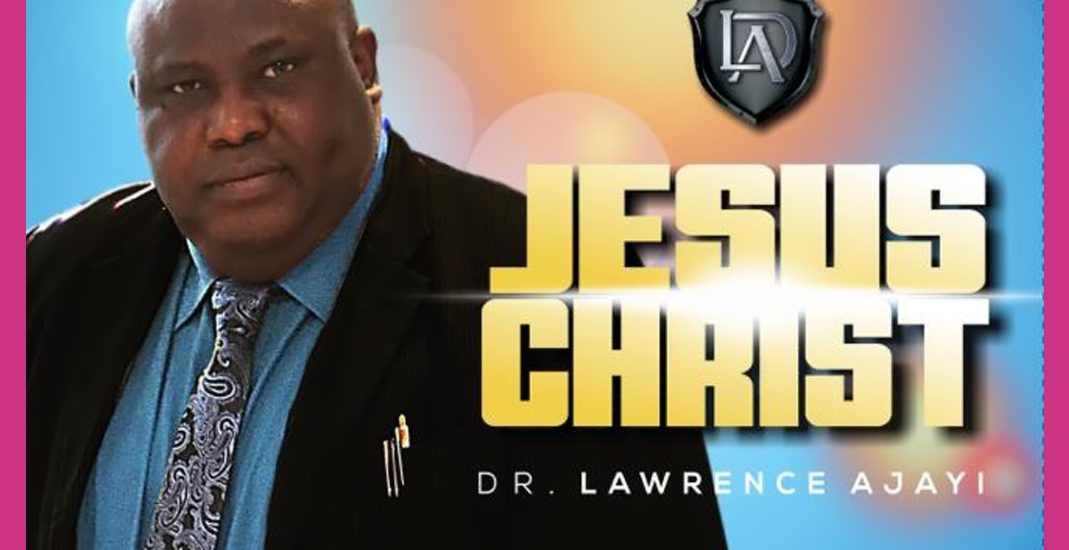 The President and senior pastor of Christ Foundation International Church of God aka Immanuel Foundation worldwide, Dr Lawrence Ajayi has revealed the revelations behind his new gospel album titled: ‘Jesus Christ’ which has been released and commissioned in the United Kingdom.

All the songs in the 12-tracks inspirational album according to the clergy and his wife Rev Benita Ajayi who was the co-lead singer in the job came from Holy Spirit and it will make any listener feel the presence of God more than before, as it is an open revelation that is beyond human understanding.

“From January to December 2019, my most prayer point was to know more of Jesus Christ and the Kingdom of God and His Righteousness Matt 6:33, and on the 25th of December 2019, Jesus Christ appeared to my humble self around early morning and He was preparing and welcoming people as they rapture and He looked at me, behold, I was full of joy that I was among”, Dr Lawrence noted.

He further explained that “the music inspiration comes from Holy Spirit, since Jesus Christ visited my humble self whenever I am praying in tongues (heavenly language) ever since I rededicated my life to GOD as the Bible says in Psalm 126 King James Version (KJV) 1 When the Lord turned again the captivity of Zion, we were like them that dream”.

Apart from producer and writer of  spiritual songs, Dr Lawrence Ajayi is also a writer and publisher of the following books: Divine Revelation And Open Doors, The Empowerment Of God And  Wealth Transfer During Recession, The Covenant & The Promises of God. He holds a Bachelors degree in Petroleum Engineering from University of Port Harcourt and also attended London South Bank University and he studied Business Administration (MBA), and PhD in Administration and Ministry (Theology)

The song had been released for the listening pleasure of his Nigerian fans and lovers of good Christian songs as it would be aired in radio stations while the video would also be available in CDs and online for easy download.